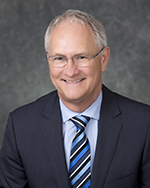 Under Rob's leadership, OEC and its group of companies has grown to become a leading energy and infrastructure services organization in Ontario and beyond. Through its 16 operating brands, OEC operates a dynamic portfolio of synergistic businesses specializing in infrastructure, energy, renewable generation and electricity, telecommunications and gas distribution.

For 40 years, Rob has served and provided leadership in the energy and infrastructure sectors. Previous roles at Toronto Hydro, Earth Energy (GeoExchange), OZZ Energy Solutions, Horizon Utilities, and in management consulting have contributed to Rob's broad range of expertise in leading and growing organizations.

Rob sits on the Board of Directors for the Electricity Canada, is Chair of the GridSmartCity Cooperative, a member of the Board of Directors for the Ontario Energy Association (which he formerly chaired), and is an active member of the McMaster Engineering and Management Industrial Advisory Council. He previously sat on the Board of Directors for the United Way Oakville and was the 2015 Chair for the United Way Oakville Campaign Cabinet. He is a long-standing Director with the Oliphant Campers' Association (one of the oldest cottage associations in Canada), as well as the Harbourmaster liaison to Fisheries and Oceans Canada for the Oliphant Harbour. Rob was also recognized with the 2018 Leader of the Year Award by Electricity Human Resources Canada (EHRC).

Rob is a designated professional engineer. He holds a bachelor's degree in Engineering and Management, as well as a Master of Business Administration, both from McMaster University. 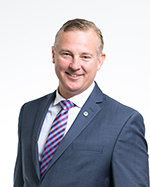 As the Chief Operating Officer of Oakville Hydro, Scott’s mandate is to deliver safe and reliable electricity to more than 75,000 individuals, families and businesses in the Town of Oakville. Alongside the organization’s leading-edge engineering, customer service and operations groups, Scott is focused on making Oakville Hydro one of the safest, most automated and reliable electricity distribution networks in Canada.

Scott is a leader in the energy industry. He sits on the Board of Directors for Ontario One Call and the Electricity Distributors Association. He is also Chair of Ontario’s municipal electric association’s reciprocal insurance exchange (MEARIE) and sits on Electricity Canada’s Distribution Council.

Prior to his current position, Scott led OEC’s growth and strategy portfolio where he helped to build the brands and companies that form OEC’s Energy and Infrastructure Services. Scott has a successful track record of project development, as well as mergers and acquisitions, gained from his extensive international experience working with brands including General Motors, Ingersoll-Rand and ConAgra Foods. 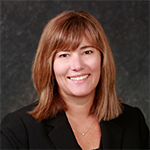